7 reasons why Mario Kart 8 Deluxe is worth another purchase

If you’ve already bought Mario Kart 8 Deluxe on Nintendo Switch and you’re having a great time with it, feel free to skip to the comments section and crow about how much fun you’re having in the game. This one is for those of you who say, “Meh, I already played Mario Kart 8 on Wii U. Why would I buy it again? I’m not giving Nintendo more money for the same game!”

Stop. Stop right there my friend. You should. Here’s seven reasons why.

1. All the DLC for MK8 is included in MK8 Deluxe by default.

If you were like me and picked up Mario Kart 8 on the Wii U but weren’t much interested in the DLC packs that Nintendo released later on, then Mario Kart 8 Deluxe is a brand new game to you. It includes all the original DLC that Nintendo released for the game, including the silly Mercedes karts that were part of a paid promotion in Japan that eventually crossed the pond for both US and Europeans. 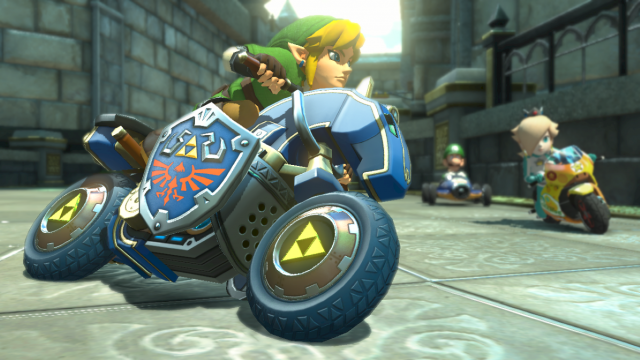 Having played through all the “new-to-me” content in Mario Kart 8 Deluxe, it definitely feels like a beefier game with the added DLC tracks. In fact, the Hyrule Castle track quickly became one of my favorite tracks to race with friends after having picked up MK8 Deluxe.

2. Nintendo has added several new characters to the roster. 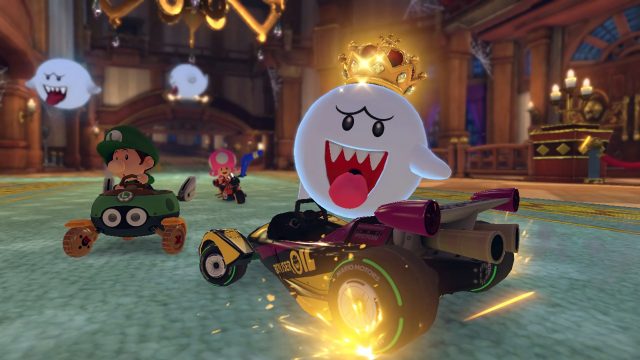 One of the biggest complaints that players had for Mario Kart 8 is that some popular racers from previous games didn’t make the roster for it. Nintendo remedied that with the release of Mario Kart 8 Deluxe by adding several new characters to the roster, including the Inkling Boy and Girl from Splatoon. The new characters included are:

With the exception of Gold Mario, all of these characters are available at the start of the roster. That’s important because in the Wii U version, you had to unlock characters which led to a frustrating experience if you didn’t unlock your favorite racer until much, much later. Which leads me into my next point…

I think we can all agree that one of the most frustrating parts of Mario Kart 8 is that individual characters were part of the unlockables system, which satisfied absolutely no one. People have their favorite racers they want to play and being presented with a blank screen of characters to unlock wasn’t the fun that Nintendo thought it would be. 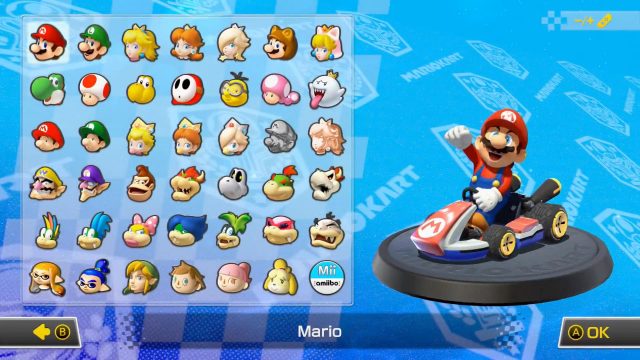 That’s why Nintendo decided to listen to player feedback when the game released and now in Mario Kart 8 Deluxe, you unlock karts and parts rather than characters. Now everyone can play who they like to play from the get go, without having to spend a bunch of hours waiting for the game to randomly unlock a character upon winning a cup.

The course system was given the same approach, so all courses are available to play at the start of the game instead of having to unlock them by winning cups. This makes more sense for a party oriented game and for those of you who like the challenge of earning something, you unlock Gold Mario by winning all 200cc cups. 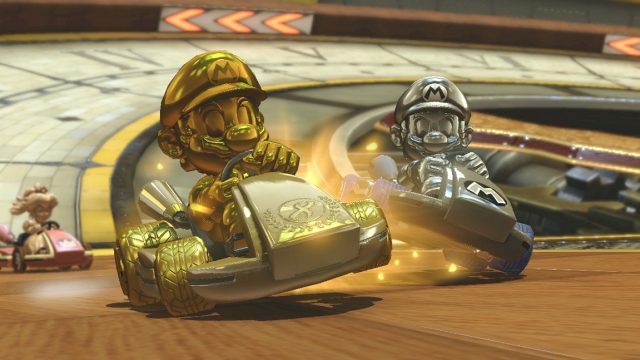 The Nintendo time trials are still available if you want a real challenge in beating tracks, too.

4. Battle Mode has been revamped to be much more fun.

Battle Mode in the original Mario Kart 8 release sucked. You were dropped on the same tracks you race on instead of customized battle arenas and it felt like an afterthought that was tacked on to address the inevitable comments asking where the Battle Mode is if it wasn’t included.

With Mario Kart 8 Deluxe, Nintendo took their time to get it right. Several modes are now available including Balloon Battle, Bob-omb Blast, and Coin Runners all making their returns from previous games in the series. A new mode called Renegade Roundup is available and there are two new arenas including Urchin Underpass and Battle Stadium.

In Mario Kart 8 Deluxe, you can have two weapons now. YouTuber Dunkey gives his opinion:

All the hilariousness aside, I think the addition of two items to Mario Kart 8 Deluxe makes an already good game perfect. I’ve seen plenty of people whining about being able to be knocked out of first place while having a massive lead thanks to repeatedly getting smashed, but people that’s the idea here. Mario Kart has at its core, always been a party game.

No one wants to play Mario Kart with the guy who knows all the tracks and can beat the Nintendo time trials. There’s no way for new players to beat this person. They know it all already. But add in a clever mix of items and suddenly the game becomes competitive across all skill levels.

Either way, Mario Kart 8 Deluxe brings some new items to help level the playing field. Boo is back for stealing items from other players, while the feather returns to Battle Mode for doing sick jumps over thrown shells.

Regardless of your personal feelings on whether firehopping gave people a significant advantage, Nintendo has decided to remove it. That’s good news for everybody across the board, because it’s been replaced with a third speed boost to drifting when you do it right.

7. Smart steering is great for playing with non-gamers. 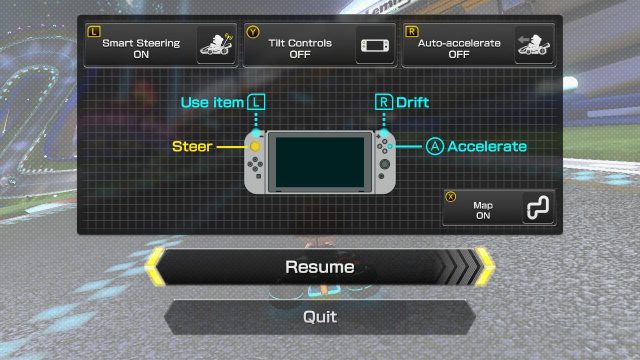 This will probably be the most controversial item on my list, but hear me out here. Party games are at their best when everyone can play. But it’s no fun when you’re playing a racer as a non-gamer and you keep going off the track and end up coming in near last because you don’t know all the turns as well as the gamers in your group.

Smart steering makes it possible for non-gamers and smaller children to enjoy the game by keeping them on the track, which only enhances their enjoyment. For those of you who complain about the inability for them to run off the track, remember that this keeps them from using popular shortcuts on the maps, so you still retain your edge.

It’s good for everyone when we all have fun and Smart Steering is great for those who need it.