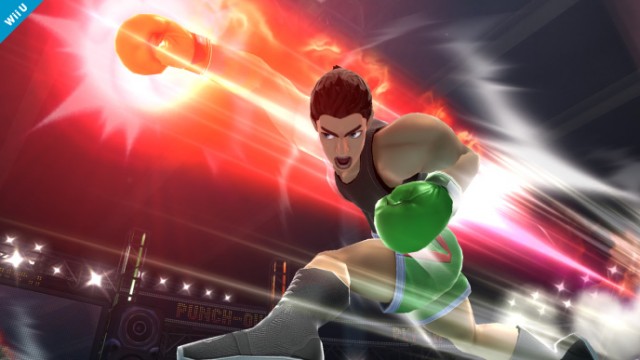 Now that Super Smash Bros. for the Nintendo 3DS has been out for some time, series developer Masahiro Sakurai has revealed some interesting information gathered from the hundreds of thousands of matches that have been played so far. According to him, Little Mac is the character with the worst win ratio in comparison to the others. In the most recent issue of Famitsu, Sakurai discusses this and the balance of characters.

Sakurai goes on to elaborate that Little Mac was designed with very specific strengths and weaknesses and because he’s a new character, many players rush to use him because they assume it’s easy to win with Little Mac. That’s not really the case, as explained by Sakurai:

Little Mac is a fighter with very pronounced strengths and weaknesses. While he has an enhanced dodge and megaton-level punch for aggressive play, he has very weak jump power and a simple back throw along with a follow-up attack prove to be crippling.

It appears that the biggest reason for his low win ratio is because people fall under the assumption that â€˜Little Mac is strong!â€™ and all rush to use him only to get pummeled in return.

Of course, you’d assume that a character with a low win rate compared to the others would be rebalanced, but Sakurai has stated that he doesn’t feel the need to balance Little Mac anymore than what he is already. According to Sakurai, averaging out character stats is not the best way for the game balance in play and competition.