Developer SMG Studio has announced that their co-op puzzle game Death Squared will be coming to the Switch in Q2 2017.

The game launched on PC, PS4, and Xbox One earlier this Spring and was well received by gamers. It’s a co-op puzzle game where players have to work together to solve puzzles, playing as a group of escaped robots. It supports up to 4 players in co-op.

Patrick Cook, lead designer at SMG Studio said. “We believe it’s a perfect pairing for the Nintendo Switch and its distinct multiplayer capabilities. It’s our hope you’ll ‘share the joy’ of Death Squared with friends and loved ones when it releases for the system later this year.” 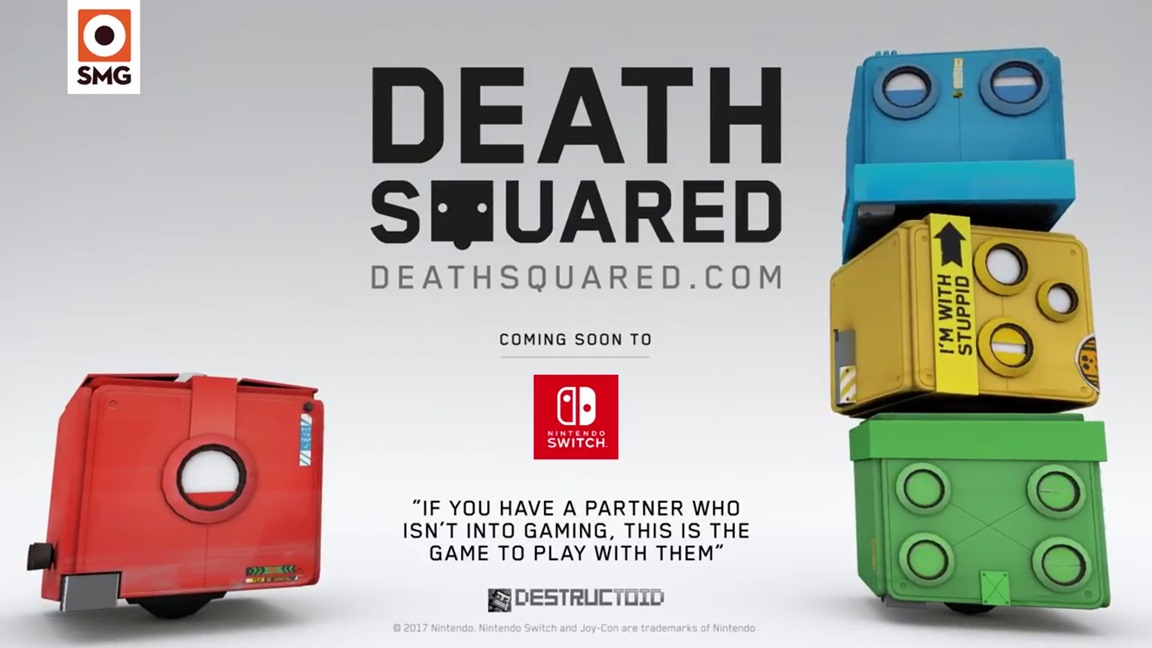