As the photo below shows, it’s quite a departure from Nintendo’s Wii U stations, which were white and blue. For the Switch stations, Nintendo flipped the color switch, going for sleek black and red.

For comparison, we’ve added a photo of the Wii U kiosk as well.

Let us know which one you think looks best! 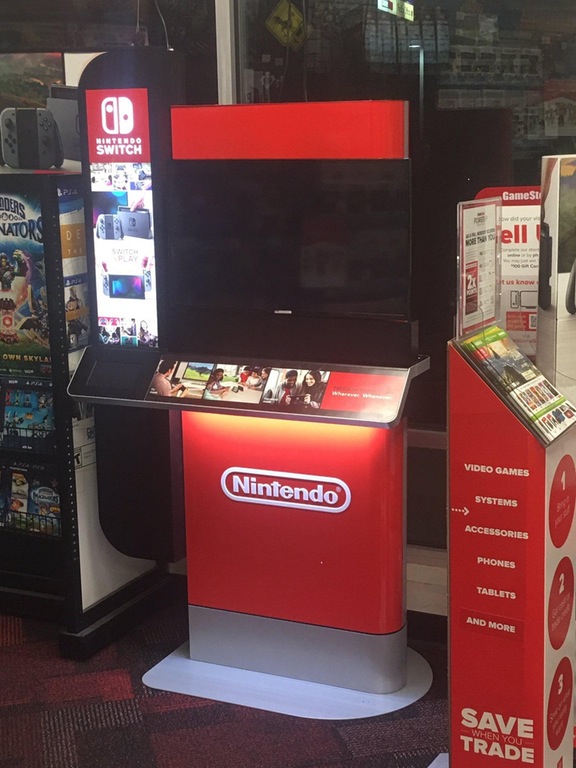 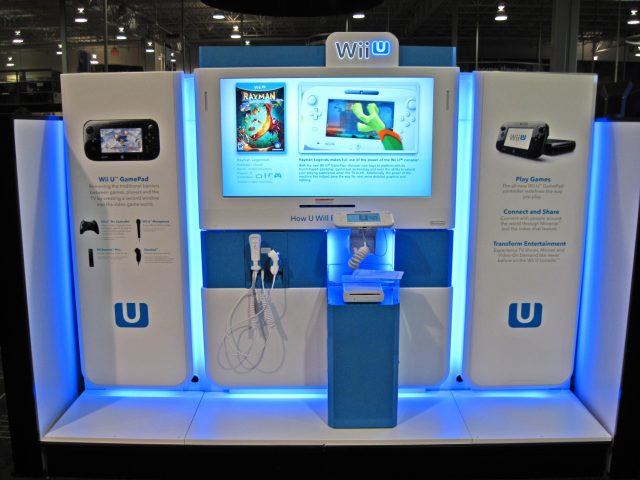