Graceful Explosion Machine is one of the most popular games on the Switch eShop. With that popularity, developer Vertex Pop has worked to improve the game. Today, they announced the details for an upcoming update. 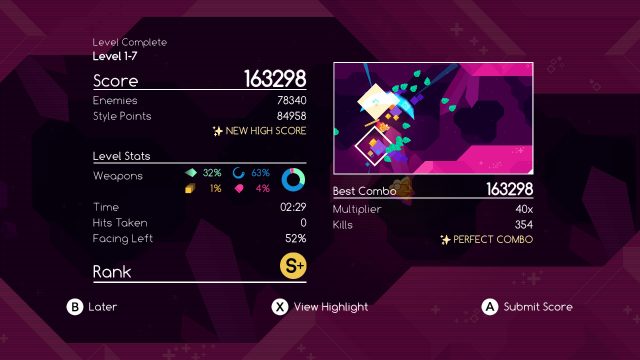 The update will include a redesigned score screen that’ll give you a “clearer breakdown of your score, weapon usage, and additional stats that better reflect your play style.” The game will also screenshot your “clutch” moment that will then be displayed at the score screen after each round. Finally, the game loads twice as fast.

You can grab Graceful Explosion Machine from the Switch eShop.