About a week ago Amazon listed a whole bunch of unannounced Switch games and opened up for pre-order. We assumed these were placeholders for announcements waiting to come in January’s Nintendo Direct.

Either way, it seems that an announcement is right around the corner. Maybe several announcements. 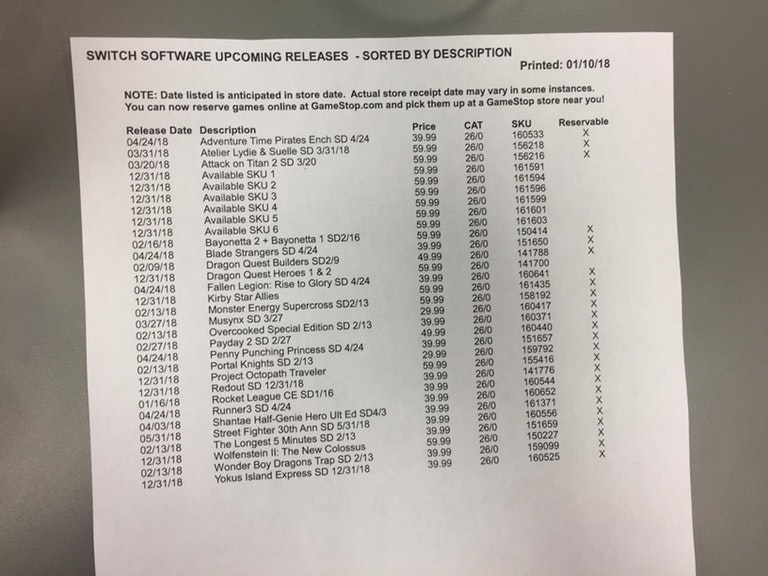