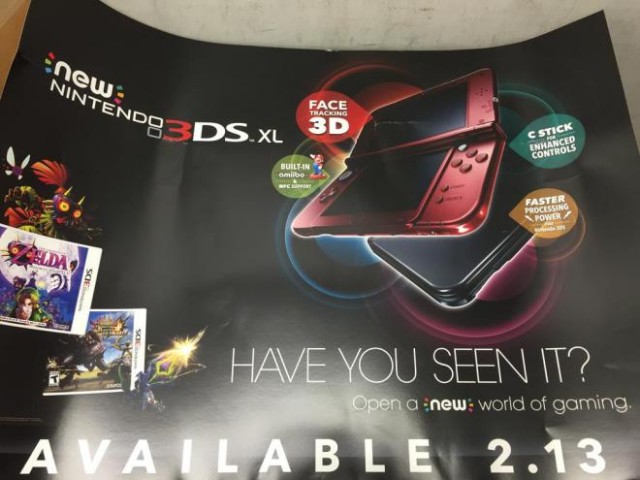 With a Nintendo Direct headed tomorrow to confirm release dates for upcoming games, it’s not surprising to see retail giant employees leaking promotional materials ahead of an official announcement. The above image was taken by a GameStop employee and shows new marketing material for the upcoming New Nintendo 3DS, which will debut on February 13 if the poster is to be believed. It advertises the new features of the system, including “face tracking 3D”, “faster processing power”, and a new “c stick for enhanced controls.”

Curiously, both the games Majora’s Mask 3D and Monster Hunter 4 Ultimate are displayed on the poster as well, so we could be seeing release dates for those titles that are very close, if not the same day as the new system release.

What do you think? Are you hyped for tomorrow?