Make your own GameBoy with this new Kickstarter project

The GameBoy is perhaps the most iconic handheld portable ever released, so it makes sense that an indie company would emulate the form factor when trying to create their own modular handheld. The Kickstarter campaign for the GameShell modular game console launched just 10 days ago and it’s already collected over $200K in funding with 20 days left on the clock.

I’m always wary about covering Kickstarter hardware projects since so many of them fall through, but this project uses already existing hardware that is seated in a modular design you put together yourself for playing games. Classic Cave Story and Doom are already included on each device.

It’s interesting to see what they’re doing with a modular console, but the cheapest you can get in on the project is $99 and delivery isn’t estimated until April 2018. However, I can’t tell you a single Kickstarter that has met its delivery goal on time, so keep that in mind if you decide to back this project. 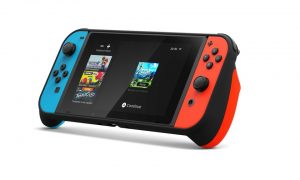 SwitchCase is a more ergonomic case for your Switch 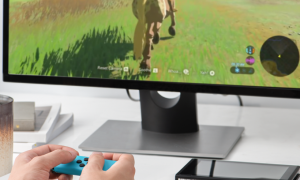 There's a new pocket Switch dock up on Kickstarter