While EA has said that they will take a wait-and-see approach on the Switch for now, they still have a game coming to the Switch soon: the indie adventure title “Fe”, which will be released on the Switch and other platforms in February.

And now internal emails from EA claim the game will be showcased with a trailer during the next Nintendo Direct, which will take place in January according to them.

The internal email, obtained by a Redditor, shows the launch schedule for Fe, which include a mention of Nintendo Direct in January: 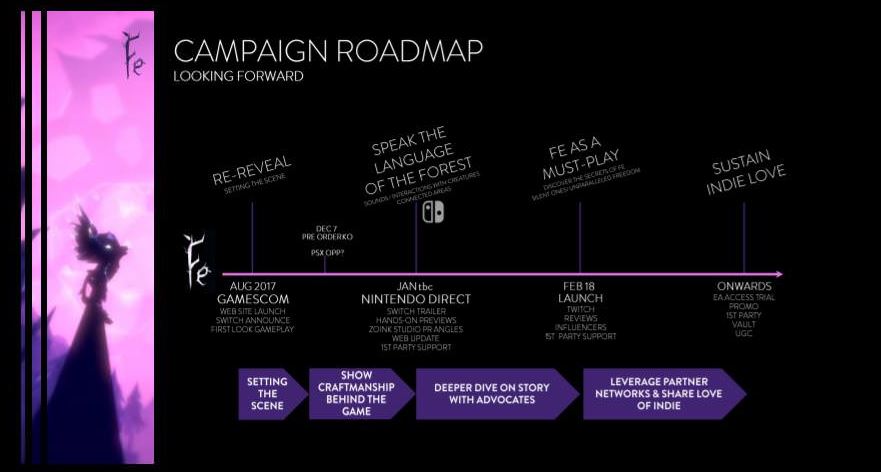 The email also describes EA’s plans for going forwards with Fe, which include “Work with Nintendo to find an audience for the game on Switch”.

However, now all seems good for Fe right now, as the email mentions that “we have not seen anything spark it to cut through the noise (500k trailer views total LTD). 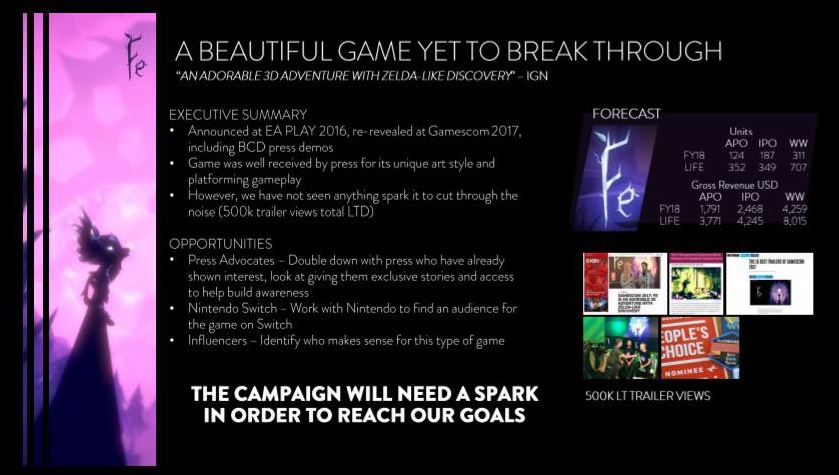