Cave Story+ physical version getting lots of goodies on Switch

The Binding of Isaac: Afterbirth+ on Switch got a fabulous physical release thanks to the folks at Nicalis, and it looks like they’re going to do the same for Cave Story+. The keychains in the picture below have been announced for a while now, but this is the first time the indie publisher has given us a look at the full package. 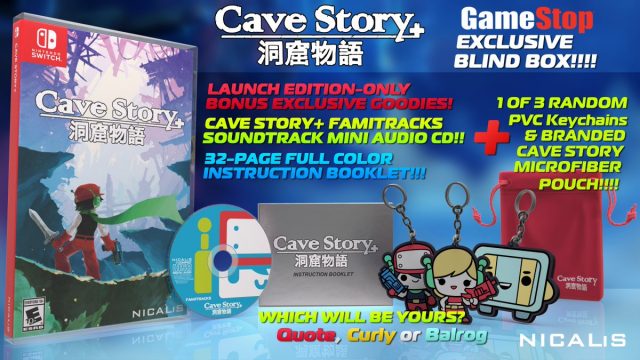 A soundtrack CD and a physical book are included and if the Binding of Isaac manual is anything to go by, it’ll probably be a riff on those old NES manuals from back in the day. The keychains are only available if you pre-order your copy at GameStop, though it’ll be available at other retailers, too. The game releases on June 20th in North America.