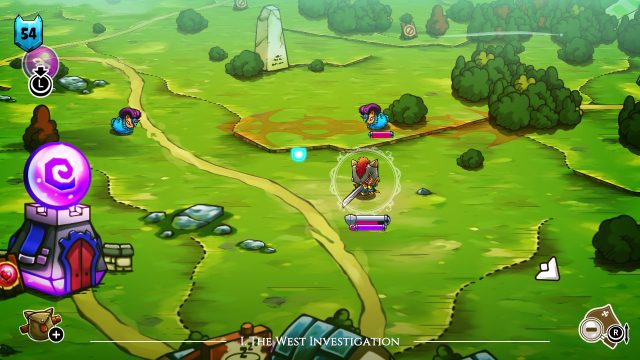 I have to admit when I saw that the Switch was getting Cat Quest, I was somewhat skeptical. Mobile games usually don’t translate well to consoles, but Cat Quest is the exception to that rule. While I had some initial reservations about the game I’m happy to say that by the end of it, I was pretty invested in progressing and enjoying the fun little references to gaming culture along the way.

Cat Quest’s gameplay is a simple hack-n-slash loot collection RPG, but don’t be fooled by the simple presentation. The game takes place on a huge overworld map that’s much bigger than you would expect. Combat is a pretty simple affair with loot drops that can be worn to enhance certain aspects of your character like your health, damage, and mana pool.

You can choose to be a melee kitty that does tons of damage, or you can equip yourself with mage gear to fling spells that do tons of damage. The game obviously takes a lot of inspiration from RPGs like Skyrim in both the story and the gameplay. Players wake up in a mysterious world inhabited by cats to find they’re the Dragonblood, a long lost race left over from the Dragon Wars. Sound familiar? 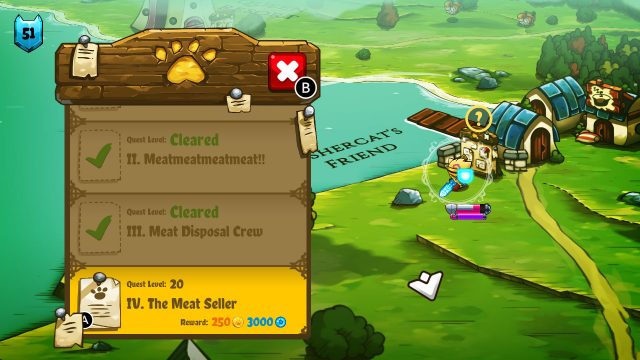 You’ll take quests from the mission boards of various towns you visit and each quest is usually part of a chain that ends up progressing the story alongside the main story. You can only have one quest active at a time and you’re encouraged to take on several side quests before continuing along with the main story in order to level your character and explore the dungeons.

Speaking of dungeons, I was a bit disappointed that every single dungeon in the game is a combat dungeon that requires you to clear all the monsters instead of featuring any puzzles to solve. I feel like the game could have struck a healthy balance between combat dungeons and puzzle dungeons and would have been better off for it, but figuring out how to unlock the golden chests you’ll find in the dungeon is puzzle enough, I suppose. 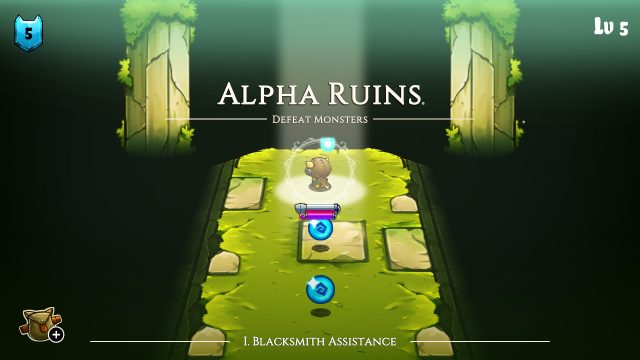 The overworld map is littered with dungeons that vary in difficulty, so you’ll want to pay close attention to the level requirement before you enter the dungeon. Monsters with a skull next to their health bar outlevel you significantly and a single hit is often enough to KO you if you’re not careful. However, the side quests that are available throughout the game usually send you to dungeons that are appropriate for your level so there are only a few spots where you have to worry about this. 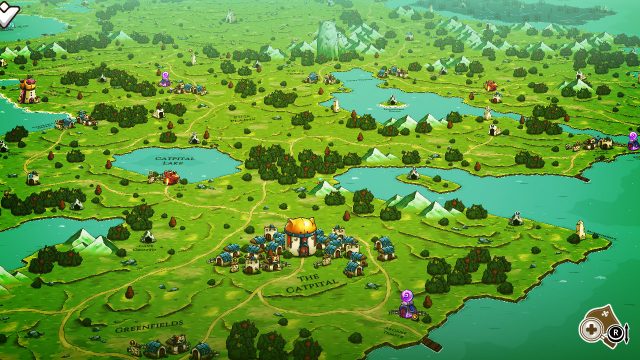 All of the action takes place on the overworld map when you’re not inside a dungeon, with most monsters able to cast at least one spell alongside their physical attack. You can dodge these pretty easily once you identify which type of monster you’re facing, since the spell patterns are the same as those the player gets.

Spell staples like flame, lightning, and ice are represented, but my favorite spell was the spike trap that continually damages enemies that are inside it. Throwing this spell down while you’re kiting a boss dragon can change the course of a fight when used at the right time. There’s also a healing spell that will be your main source of keeping yourself alive in between cat naps at the various villages to save your game. 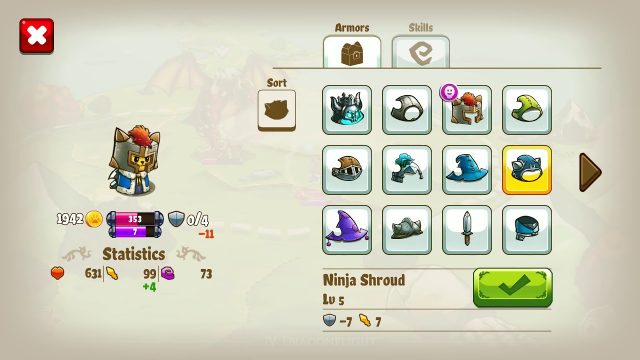 I found the way the loot system works to be pretty innovative, especially considering the game started out as a mobile game. Instead of getting duplicates of items you already have that you then take to a vendor and sell as trash, if you get the same item from a chest in a dungeon or as a reward from a quest it will level up that item to be more powerful.

This always randomizes your most powerful equipment and I found myself switching frequently to maximize my attack power and health as I got new gear. It also encourages you to go through every dungeon you see on the map if you’re of level, since most dungeons contain at least two regular treasure chests and one specially locked chest that you’ll have to figure out how to open.

The story of the game is pretty standard as far RPGs go, but there are a few twists that make it enjoyable enough. Unlike most sidequests in the game you find out more about the world you’re exploring as you help the peasants on their quests and slowly you begin to realize that the world may not be everything it seems when you first started your journey.

Cat Quest is an entirely single player game, so there is currently no co-op or multi-player function.

The music of Cat Quest is an absolute treat to listen to and I never once considered turning off the music. In fact, the style reminds me a lot of the music you’ll find in Game Freak’s Pokemon Games, especially the fast-paced battle music. My favorite track on the list is the Dungeon Crawling Kitten track, which is usually the music you’ll get when you venture into a cave.

Check it out below to see what I mean when I say this game has an excellent soundtrack.

Yes. If you’re the type of person who likes RPGs and tongue-in-cheek humor with references to popular gaming culture, then Cat Quest is definitely right up your alley. It’s unfortunate that the Switch version costs $12.99 whereas the mobile version of the game is available for $4.99, but the price is in-line with the Steam version so it’s hard to complain.

Overall I really enjoyed my time spent with the game and ended up playing it through to the main quest completion, which took me about 8 hours according to the Nintendo Switch parental controls app. It’s easy enough to pick up and the quests are bite-sized enough to be enjoyable while you’re on the go and I found myself laughing at some of the quest dialogue more than once.