Aside from all the Super Smash Bros. news today, Nintendo has also announced the release date for Captain Toad: Treasure Tracker. The game will release on December 5 in North America, which is the same day Smash releases in Europe. The suggested retail price for the game is $39.99.

If you’re expecting to pick up the game and be able to use Amiibo figures with it right away, you’ll be slightly disappointed, as Nintendo has also confirmed that Amiibo support for the game won’t be complete until 2015. That’s likely because Toad is in a different series of Amiibo figures.

With the lower price confirmed and now a release date, will you be picking up this game this year? 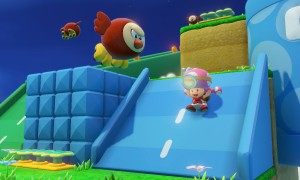