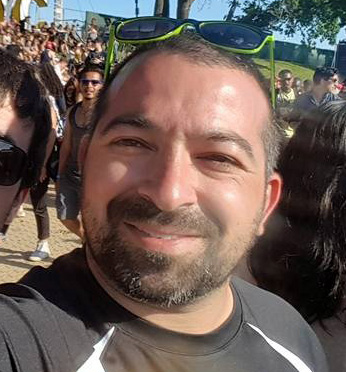 Mar 18th - The universal capital of Nintendo geekery has officially been designated in Osaka, Japan, where Universal Studios has opened “Super Nintendo World” and future “Super Nintendo Worlds” are planned in California, Florida, and Singapore. Imagine Nintendo characters from all walks of games, running around in a real-world cartoon land that features a ridiculous number of games, ...

Nintendo Switch Lite back in stock at Amazon (with $20 Gift Card)!

Mar 18th - If you’ve been pining for a Nintendo Switch Lite but can never seem to move past the “sold out” status, you’re in luck: you can currently find the Nintendo Switch Lite in stock at Amazon with a $20 gift card. Make sure you click the “Extra Savings” option and enter code “8RLOZI4Z5INC” at checkout! The ...

Apr 22nd - To the delight of online service providers, American households are seeking household entertainment in record numbers thanks to Quarantine life Some of the company’s making out best: Amazon, Netflix, and you guessed it- Nintendo. Animal Crossing on the Nintendo Switch, more specifically, are the latest obsession of anyone lucky enough to own them. Unfortunately, if ...

Mar 20th - What better way to quarantine and chill then by dusting off your Nintendo Switch and downloading some of the best new games? But wait- do you have enough room to download them? The Official Switch Micro SD Card Because the Nintendo Switch and Nintendo Switch Lite are both limited to 32GB of internal memory, buying ...

Here are all the buttons, ports, and controls on the Nintendo Switch

Jan 13th - Hundreds of Best Buy stores will open at midnight for the Nintendo Switch launch.

Jan 12th - There are 80+ Nintendo Switch Games in Development

Jan 12th - The Nintendo Switch controllers are called JoyCon and attach to a typical gamepad named the Joy-Con Grip.

Nov 14th - Rumors suggest the Nintendo Switch price will be $250 for the base model, $315 for an upgraded bundle with more storage and a game, and $50/each for extra Switch controllers.

NES Classic on sale for $60 at Amazon at 5PM Eastern!

Nov 11th - The NES Classic is a holiday must-have and it's finally available for sale on Amazon for $60... while supplies last.

GIVEAWAY: 5 of first 100 to enter will win a Mario Plush Toy!

Nov 4th - Only the first 100 people will be entered to win and 5 of you will be INSTANTLY selected as a winner. You'll have this cute little guy shipped directly to your house as a little memento of our launch.