Assassin’s Creed Unity could not run on Wii U, says Ubisoft 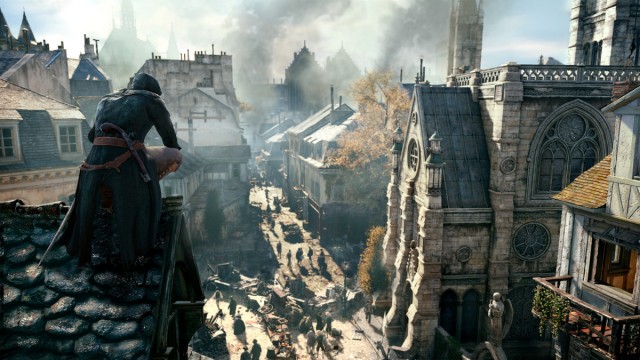 According to Alex Amancio, the creative director for Assassin’s Creed Unity, the Wii U is not powerful enough to run Unity because the team focused on “next-gen only” hardware. According to Amancio, the crowd rendering in the game is different and has an impact and the Wii U was incapable of rendering this aspect of the game and producing the same result as the PlayStation 4 and Xbox One. Here’s the full quote:

It couldnâ€™t, it really couldnâ€™t. I mean this is why we from the beginning, this was going to be a new-gen-only title, because the crowds arenâ€™t aesthetic, they actually have impact. If we did anything to hinder that or to reduce that it would have a detrimental impact, it wouldnâ€™t be the same experience.

I donâ€™t think that would be fair to fans, to sell the same game but with different levels of experience. Even the seamless nature of the series and the scale of the game right, we couldn’t do that. We never load Paris. It wouldn’t be possible, in our minds weâ€™d be cheating fans by providing a lesser version of the same game.

Of course, this has nothing to do with the fact that the Wii U only managed to be about 3% of Ubisoft’s sales revenue in 2013, which is why they’re no longer focusing on Nintendo products, either handheld or console.