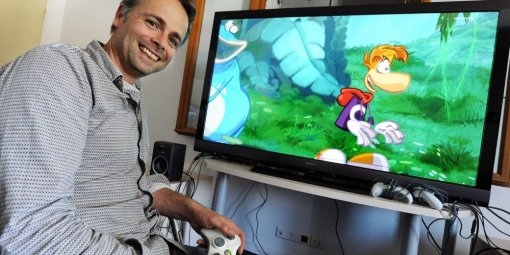 Michel Ancel, the legendary creator of the Rayman franchise, has left Ubisoft Montepellier in order to form his own studio with just 13 people on board. The team plans on revealing the project they’re working on soon, but despite the formation of a new studio and his departure to manage that studio, Ubisoft says Ancel is still directing select projects with the company.

Ubisoft says that Ancel will split his time working with his new studio, Wild Sheep Studio, as well as managing projects at Ubisoft that require his attention. One of those is Beyond Good & Evil 2, a sequel to the 2003 cult hit. We saw no mention of Beyond Good & Evil 2 at E3 and beyond a few pieces of concept art teased here and there, things have been relatively quiet. Here’s Ubisoft’s official statement on the game:

Itâ€™s still far too early to give many details about this new title, but what we can say is that while Michel and the team at Ubisoft Montpellier are working with the core tenets of BG&E, theyâ€™re developing something that aspires to push past the boundaries of a proverbial sequel and leverages next-gen technologies to deliver a truly surprising, innovative and exceptional game. The entire team is excited about the direction this extremely ambitious project is taking, and weâ€™ll have more to share later, as it progresses.

It’s nice to see than the game’s development is still underway with Ancel at the helm, but the biggest question is whether or not it will be released for Wii U. No platforms have been officially announced for the game, but given Ubisoft’s tenuous support for the Wii U so far, we’re starting to doubt whether we’ll see this one on Wii U.