Analyst: Nintendo to overtake Microsoft in console share in 2018

While the Nintendo Switch is forging ahead, Microsoft’s Xbox One console has been stagnant for the last several years. Which is why Nintendo will overtake Microsoft in current generation console share this year.

That’s according to an analysis from IHS Markit says that Switch’s strong momentum will propel Nintendo ahead of Microsoft this year. That’s despite Microsoft and the Xbox One having a years long lead over the Switch.

Sony is expected to stay at number one in 2018.

Finally, IHS Markit expects Nintendo to sell 12.8 million Switch consoles this year. Which sounds quite reasonable, given how the Switch performed in its first year. 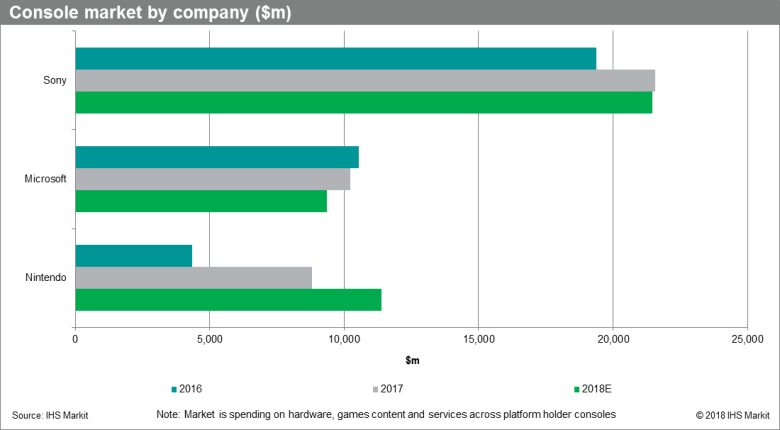