Amazon will have NES Classic in stock on April 3rd

Sure, it’s all about the Switch these days, but Nintendo has another console out there: the NES Mini, or NES Classic Edition as Nintendo calls it. And it’s been in and out of stock (mostly out of stock) ever since it launched late last year.

But now Amazon is saying that they’ll have the mini console in stock on April 3rd, despite reports that NES Mini production had ended.

If you still want one, you should check Amazon on April 3rd — we’re sure that whatever stock Amazon gets, it will sell out pretty quickly.

You can find it on Amazon here. Although the price right now is $173, way above the $60 MSRP (because it’s in high demand and there is no supply). 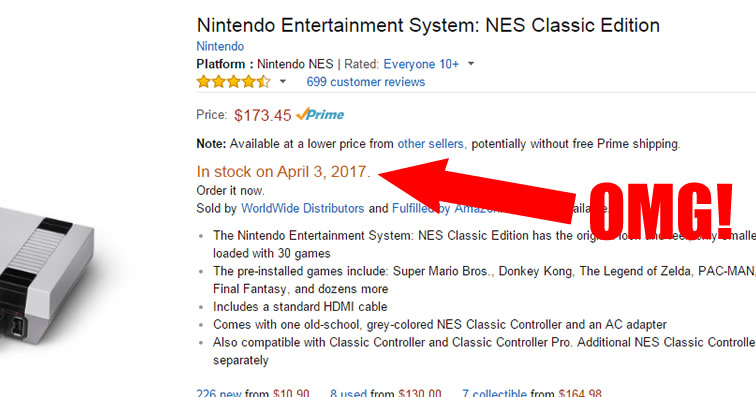