High Voltage Software made a name for itself on the Wii with their fist person shooter The Conduit, and they had an even bigger and more audacious project.

It was called The Grinder, which was a shooter with some interesting gameplay mechanics. But despite a solid development investment, it ended up getting cancelled.

And that project has an interesting story, as a new video from Unseen64 shows.

Check out the full video above, which runs almost half an hour and gives great insight into the game, its development, and ultimately, its cancellation. 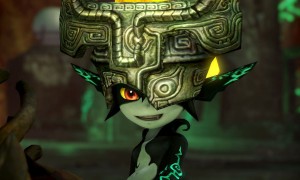