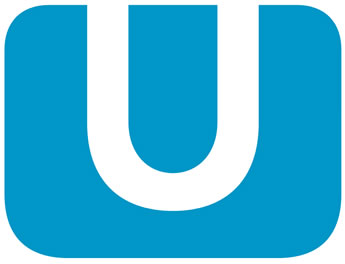 2012 was a great year for the Wii U. The console finally launched and was well received among gamers — it sold out very quickly almost everywhere when it first launched. Nintendo and third party developers offered a great variety of games on launch day, and more great titles are coming in the next few months. And Nintendo is far from done when it comes to Wii U games and functionality — the company is working on improving the console, adding new features, etc. Then there are all the games that are surely coming to the Wii U but are yet to be announced. The staff at Wii U Daily compiled a list of Top 10 Wii U predictions for the next 12 months, where we look into the crystal ball and see what’s in store for Nintendo’s new console in 2013. 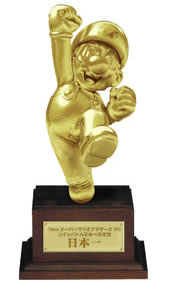 Nintendo will give in and finally throw out a patch that will create account-wide Wii U achievements. Nintendo has seemingly gone out of their way to make sure developers can have achievements if they want, but not push for them. This is one of the few things that seem to really draw the ire of users who want to make the switch to the Wii U.

There’s a whole subsection of gamers out there who enjoy completing games and earning awards. They want a trophy out there that says you have completed X or Y, and then have that carrot on the stick approach of “after I get this trophy, I will work on this one next”. Microsoft championed this with Xbox Live Achievements, which have become hugely popular with both hardcore and casual gamers. Nintendo will and should work on improving the achievements on the Wii U.

Some programs like X-Fire on the PC allow you to chat with friends even if they are playing a different game. Miiverse should get expanded and allow you to play a game like Assassin’s Creed 3 while your friend plays New Super Mario Bros U, and the two of you can still type to each other or video chat while in-game.

8: Wii U homebrew takes off

It’s also likely that the region locking mechanism on the Wii U will be broken, allowing for games from other regions to be played, e.g. Dragon Quest X from Japan. We could also see the Wii U play DVDs and movies through external hard drives as well. Not to mention an influx of pirated Wii U games. 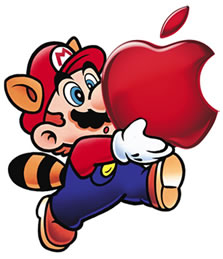 Nintendo and Apple will reach an exclusive deal for iTunes to be available on the Wii U. Nintendo has made it clear they would like to be the premier home entertainment console, especially now that they have Nintendo TVii. Apple has been rumored to have been working on an Apple television set for some time.

Having iTunes on the Wii U would allow Apple to focus less on the little black box (“Apple TV”), and focus more on getting their television set done. Apple could still sell the black box for its typically $100 price point at retailers, but having an exclusive deal with the Wii U would allow them to be part of Nintendo’s initiative to dominate the console entertainment market.

Nintendo will launch a full-featured Wii U Virtual Console that lives inside the Wii U eShop. Hundreds of the retro classics that furnished the Wii Virtual Console will be inexplicably absent at launch, but Nintendo will make up for this by using the service to re-release a selection of the greatest GameCube games including Zelda: The Wind Waker and Paper Mario: The Thousand Year Door.

To coincide with the launch of the Virtual Console, Nintendo will release a special edition of the Wii U pro controller that implements pressure-sensitive shoulder triggers and a face-button layout more akin to the GameCube controller. This controller will become the pad of choice amongst serious gamers — even for playing supported Wii U games -â€“ since despite being over a decade old the GameCube controller is clearly ergonomically superior to the current Pro controller.

5: Wii U and 3DS cross functionality

Nintendo will steer away from simply using the 3DS as a controller or a second screen, since these experiences are already being offered by others. Instead we’ll likely see more creative uses. For example, special PokÃ©mon figurines bought at toy stores will scanned by the GamePad’s NFC chip, and the PokÃ©mon will then be sent via the internet to your 3DS for use in the next PokÃ©mon RPG.

4: Miiverse on smartphones and PC 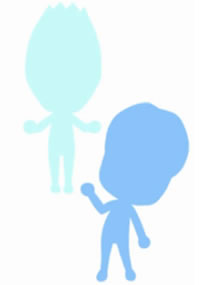 This is almost a no-brainer, since Nintendo has showcased Miiverse on smartphones, tablets, and PC when the service was first unveiled.

However, Nintendo will not seek to integrate their social network at all with Twitter or Facebook as many commentators have suggested they will, attempting instead to carve out their own separate social network dedicated solely to Wii U games. In this regard they will be successful, and Miiverse will become a relatively mainstream forum network that Wii U gamers check frequently even when away from their consoles.

3: Brand new Nintendo franchise will be announced for Wii U

Nintendo is in no shortage of successful franchises, but it’s been a while since the company introduced a truly new and innovative game franchise. That was with Pikmin, and that was over 10 years ago. All things considered, Nintendo has probably the most talented game developers in the world, and one of the most visionary game developers ever: Shigeru Miyamoto.

With the new gameplay mechanics offered by the Wii U, Miyamoto and his team are undoubtedly working on something new. And that might very well be an entirely new Nintendo franchise that starts on the Wii U.

2: No news on Mario Kart and Metroid on Wii U 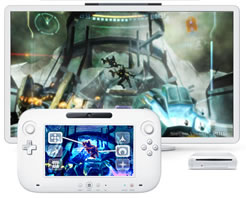 Nintendo has been asked many times over the past year about potential future games on the Wii U. And two franchises were almost always mentioned: Metroid and Mario Kart. The possibilities would be endless with those games on the Wii U, but so far, Nintendo has dodged all questions. With high profile titles, something always leaks, whether it’s a piece of info from the PR team, or a slip of the tongue by a Nintendo rep. But when it comes to Mario Kart and Metroid Wii U, we haven’t heard or seen anything. Which leads us to believe that both games are either still not in development, or very early in development.

1: Nintendo reveals Zelda and Super Smash Bros. for Wii U 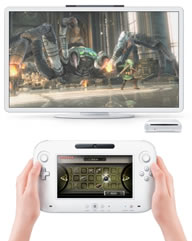 While it’s likely that Mario Kart and Metroid are still very early in development, two games are already well into their development stage: Zelda and Super Smash Bros. Nintendo has made a series of Super Smash Bros Wii U announcements, revealing that the game is co-developed by Namco Bandai, and our own in-depth Zelda Wii U article revealed tons of info about Link’s next adventure on the Wii U.

It’s highly likely that both games will be fully unveiled in 2013, probably at E3, with release dates sometime in 2014.